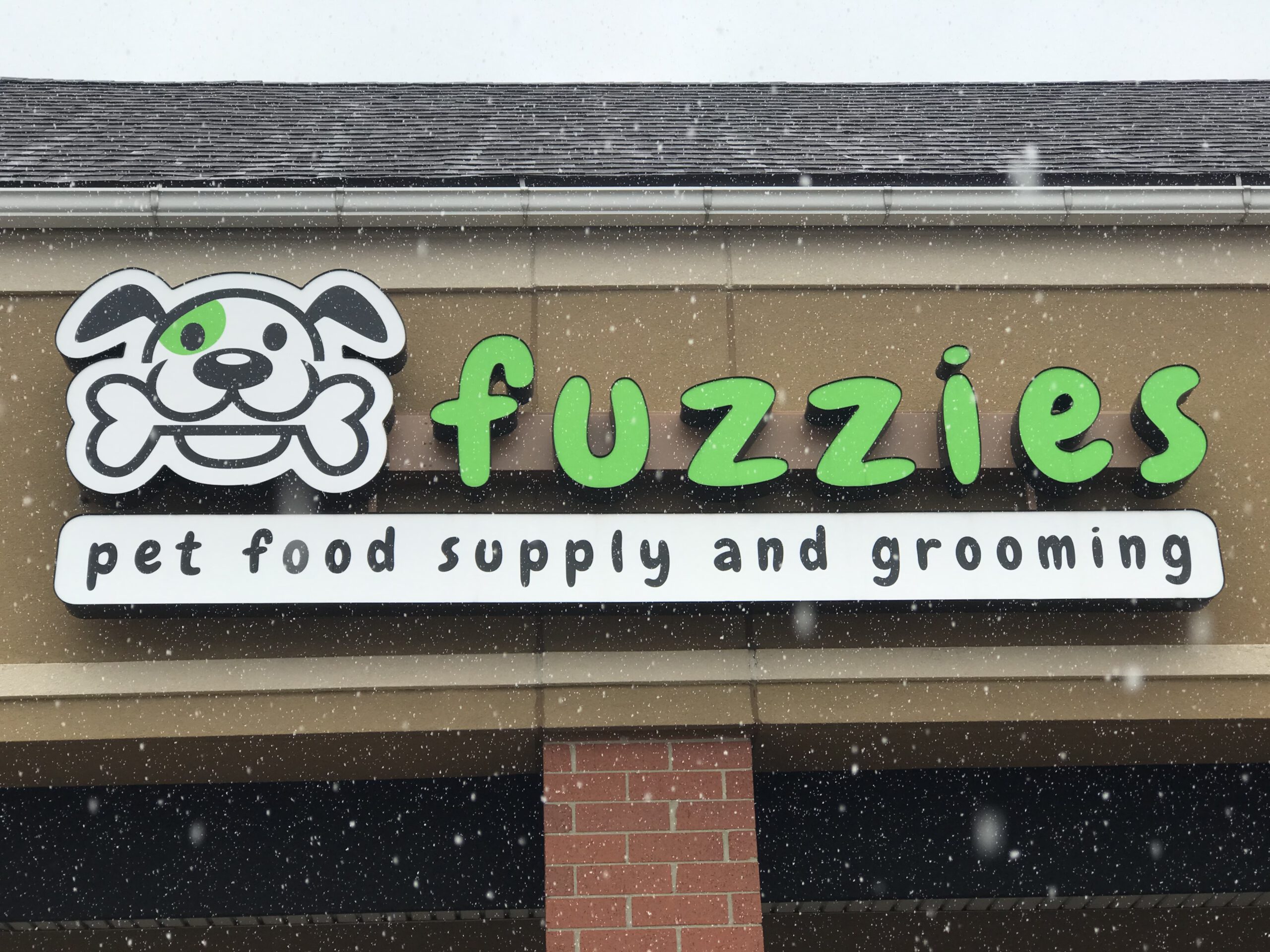 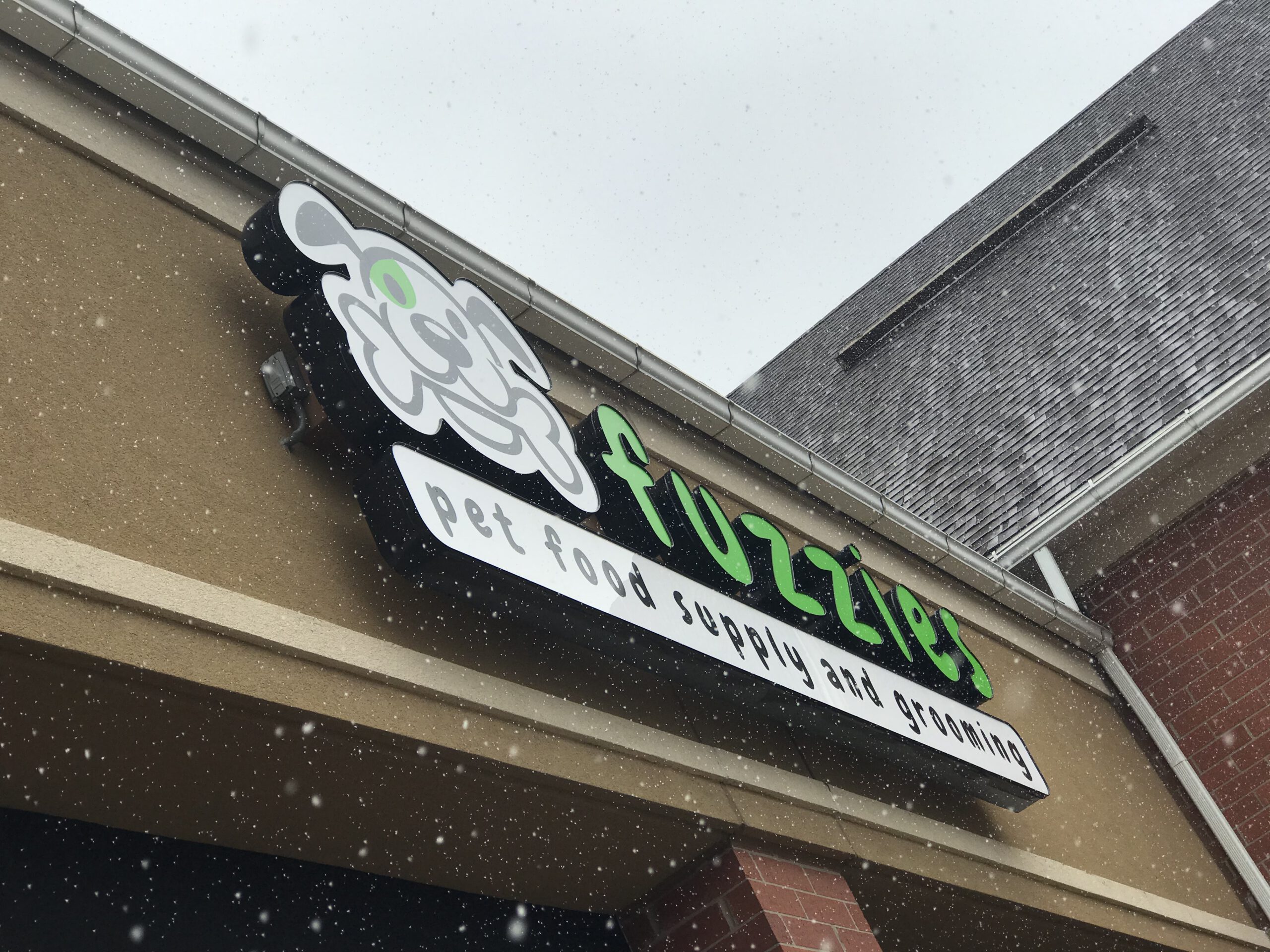 Fuzzies had the logo and the color scheme. Their logo was of a dog, which they absolutely loved so we had that to incorporate in the design and the color they wanted to be a neon green. The sign they had in mind was originally more stacked but to maximize the length of their lease space, we had dropped the dog logo to site next to the ‘Fuzzies’ letters. This helped the sign fit the expanse of their business facade in a more visually appealing way. Fuzzies had their own, custom font style they wanted to use. Sometimes when clients have a specific font they want to use, it can be too thin for channel letters. Luckily, Fuzzies’ font was chunky enough to create illuminated channel letters.

Permitting took a few weeks. Once the signage was approved we got it into production.

We created a capsule for the dog and the ‘pet food supply and grooming’ to make it easier to mount. Individual letters would have been more costly and would have taken longer to install if we had to mount each individual letter. The name ‘Fuzzies’ was fabricated into channel letters. Each of the capsules and letters was applied acrylic faces and translucent vinyl, to allow the light to shine through. As it was difficult to find a neon green translucent vinyl, we chose the brightest green we could source, with the client’s approval,

The signs were mounted to a raceway, which was mounted to the facade of the business. Overall this project took 6 weeks from start to finish. They were doing a build-out so there was no rush to get the signup.

They loved their sign. The green really catches your eyes as you drive by the plaza that this business is located in!

This was one of our first projects as far as Clarkston, as we did this back in 2016. As excited as the client was to receive the sign, we were just as excited to see how far our business had expanded to in Michigan! 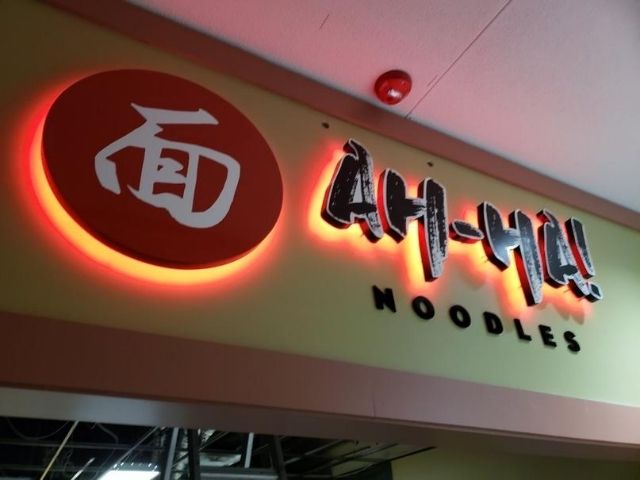 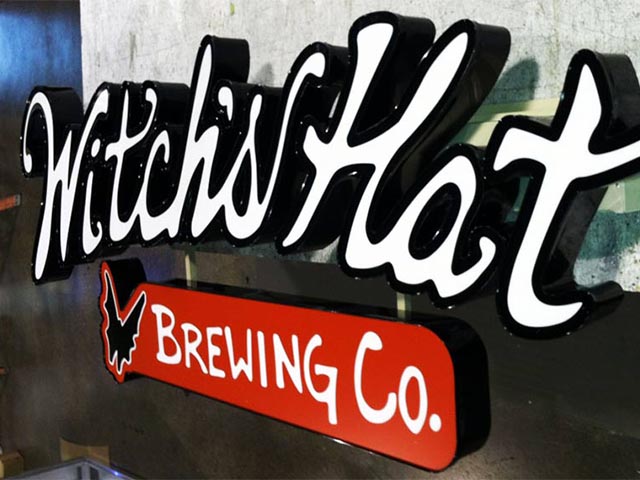 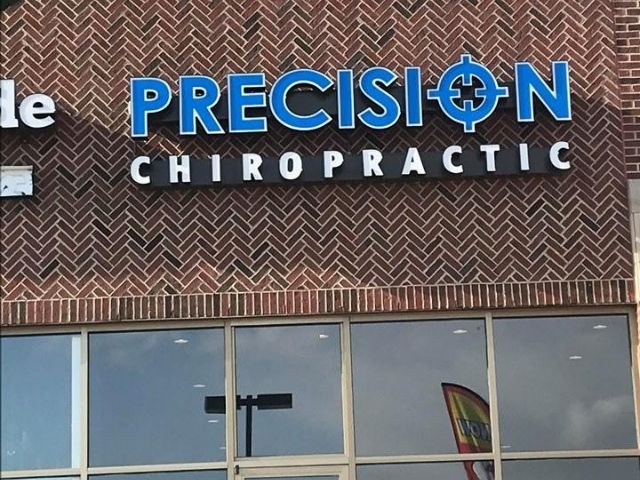