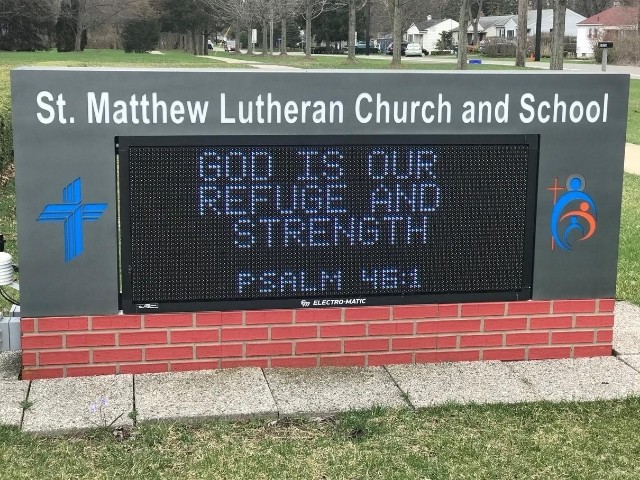 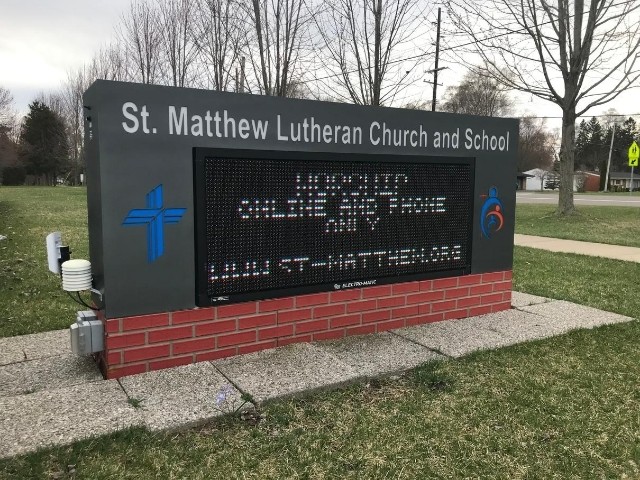 St. Matthew Lutheran Church was an acquisition from Geisler Sign Company when the company merged with Signarama. They had an old changeable letter sign that they wanted to bring into the 21st century. The church was set on getting an LED message center so they could still display messages, but more conveniently. There was already a sign for the church down the road so the new sign wouldn’t need a big header as most LED message centers have. With the logos and design already decided by the church, all we had to do is bring the idea to life.

We proposed the biggest sign we could within the square foot allowance from the city. The LED portion of the sign had to be a certain size compared to the size of the cabinet as a whole. Due to having a sign already on the premises, we had to get a variance from the city, along with a variance for the LED sign itself, as the church is zoned in a residential area. A third variance was also needed, for how close the sign would be to the surrounding houses. Luckily, the houses that were closest to the church and the sign were in a different city and therefore approval was not required in order to have the sign erected.

Per the city, there were rules with having the LED message center. Our client needed to know that with messages displayed after dark, only a single color on a black background was allowed, to lower the risk of distracted driving. In the day, they could have full color. Additionally, the sign had to be shut off during certain hours (midnight – 4 am).

The church also wanted a brick base. To keep costs down, we suggested a faux brick to match the building as best we could. Their logo and colors were to go above the LED message center; we routed out the face with white acrylic on the backside to give it more definition than just vinyl applied to a cabinet.

From start to finish, the process took about 6 months, Nov 2017 – May 2018. This was mostly due to having to get multiple variances from the city. There were two variance meetings held for the signage and after the second meeting, the monument sign was approved and we could move forward with production. St. Matthew Lutheran Church loved their new LED message center. They were quick to learn the software needed to run the message center and they love the convenience of being able to change out their message with ease! 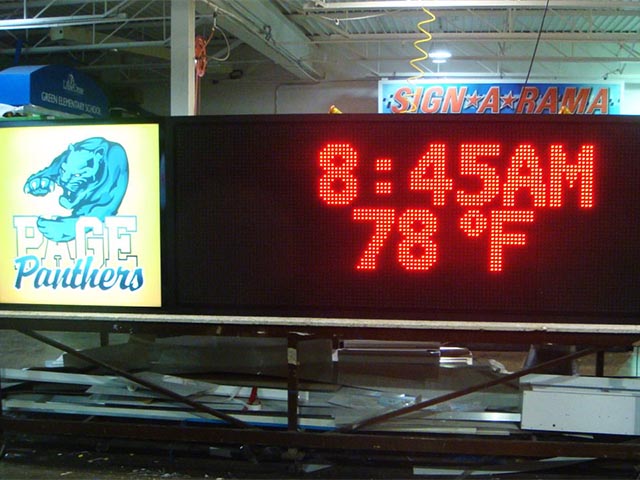 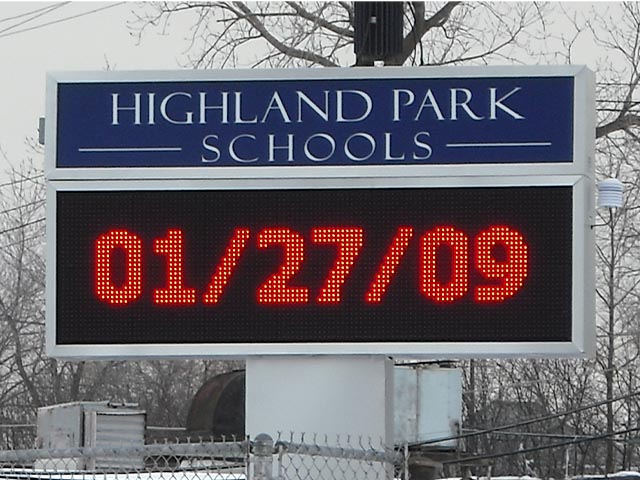 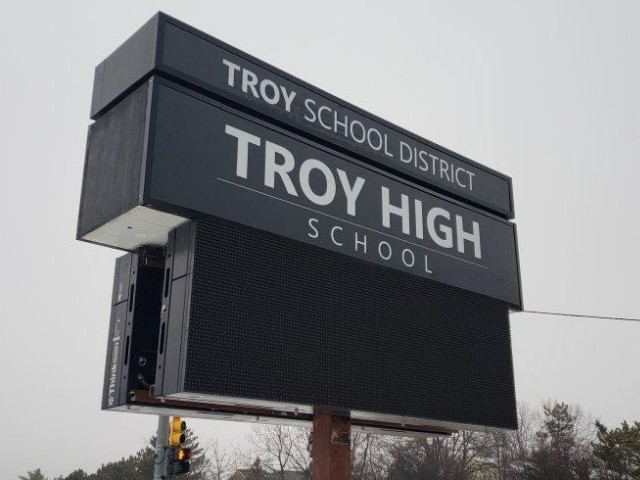