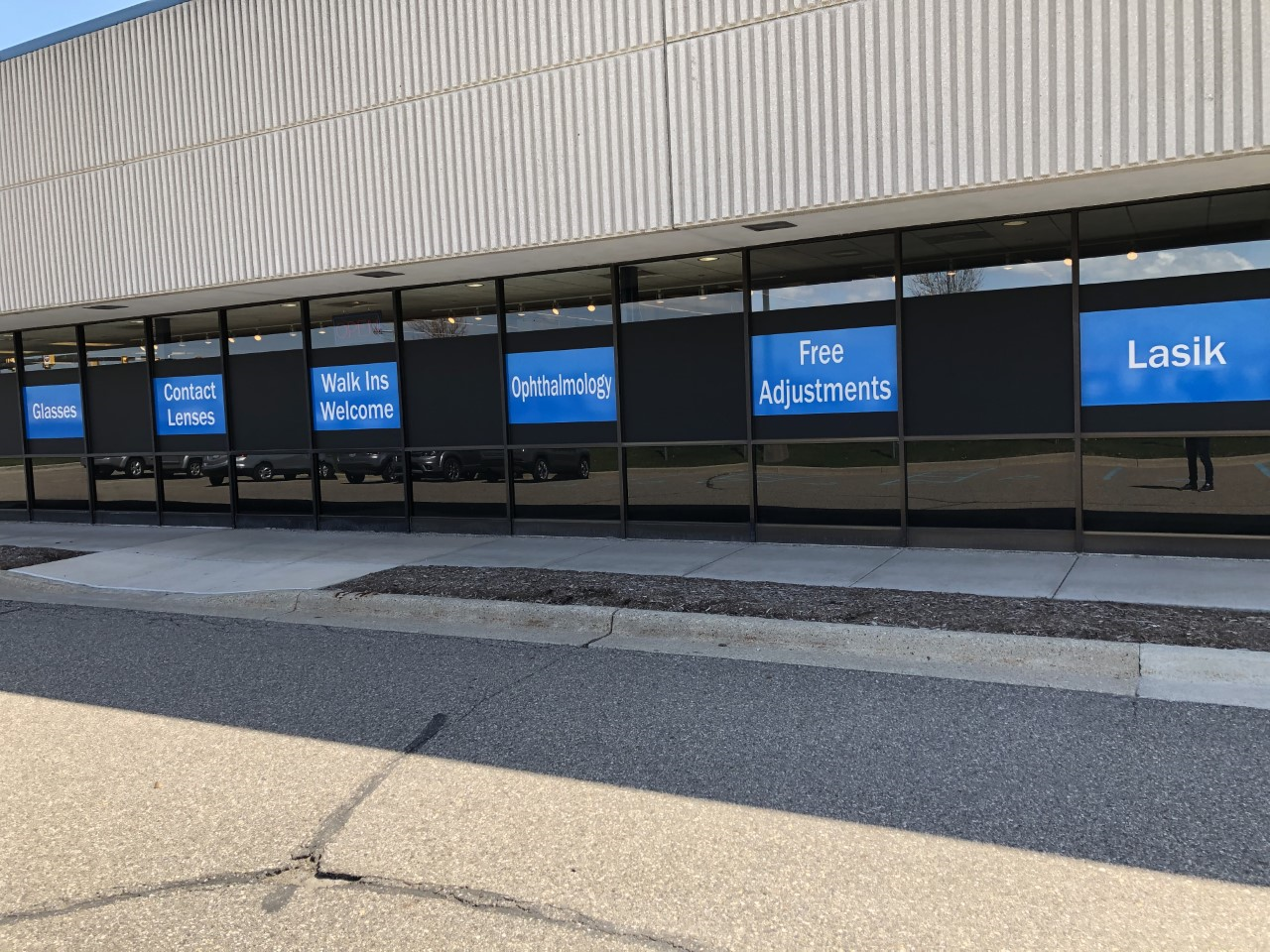 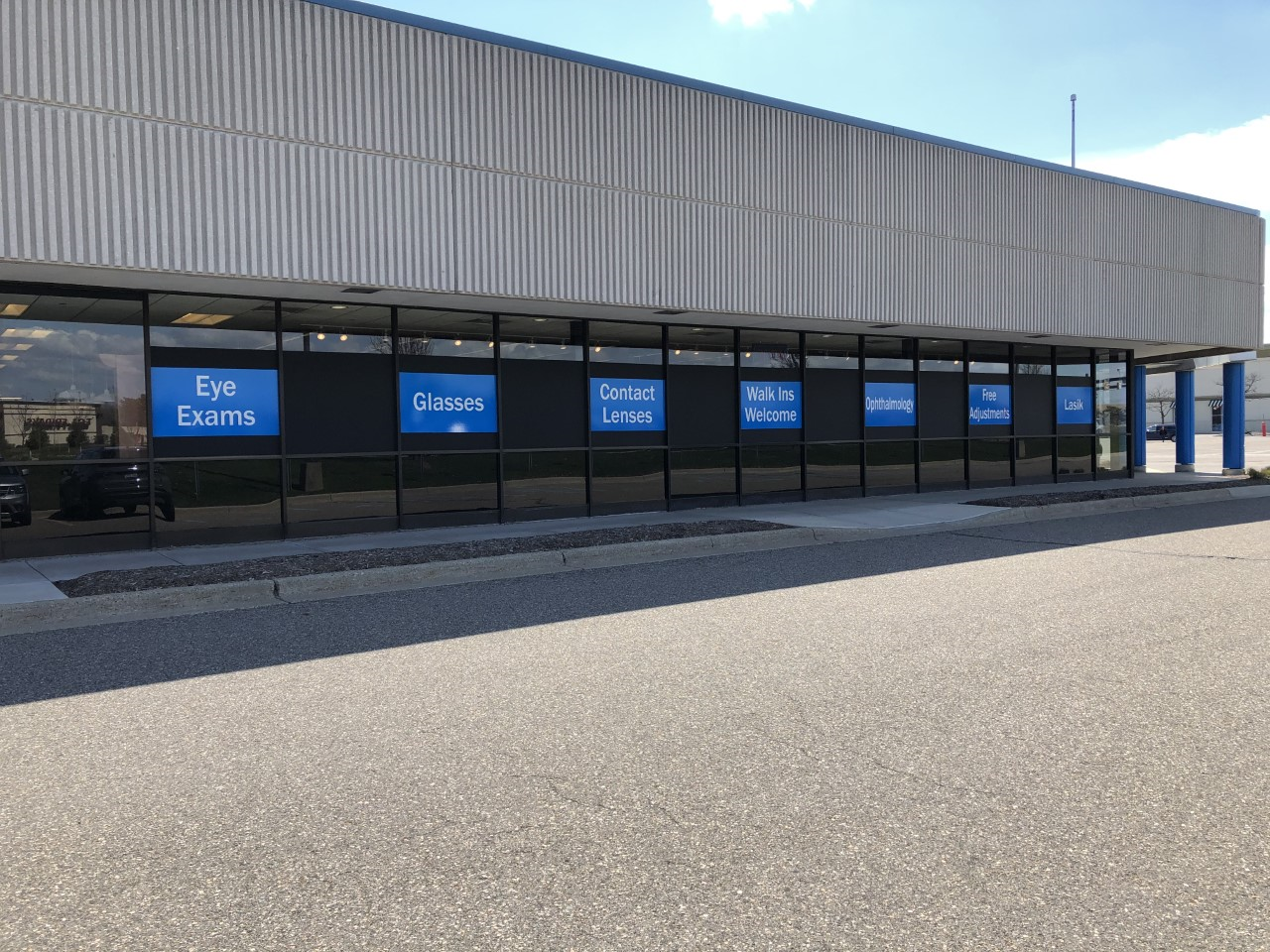 OptimEyes is a complete eyewear and eyecare subsidiary of the Henry Ford Health System. They have 16 office locations in the Metro Detroit area. Their list of services includes eye glasses, contacts, ophthalmology, adjustments, and much more. Our Signarama team has a long-term relationship working with them on several interior and exterior sign applications.

In the summer of 2018 OptimEyes reached out to us in need of some window graphics for six of their branches. Their original intention was to add various full-color graphics images of specific branded eyewear but due to city code the graphics could only be so large. Most businesses are probably not aware, but municipalities not only dictate how large your wall or ground signage can be but they also have size restrictions on window lettering as well.

As it turns out, the cohesive vinyl stripe option with text did the trick. It was informative, simplistic, branded, and had great readability from cars passing by. In addition to their Sterling Heights office, we applied the vinyl lettering scheme to five other locations: West Bloomfield, Lake Orion, Fort Gratiot, Clinton Twp. and Southfield. 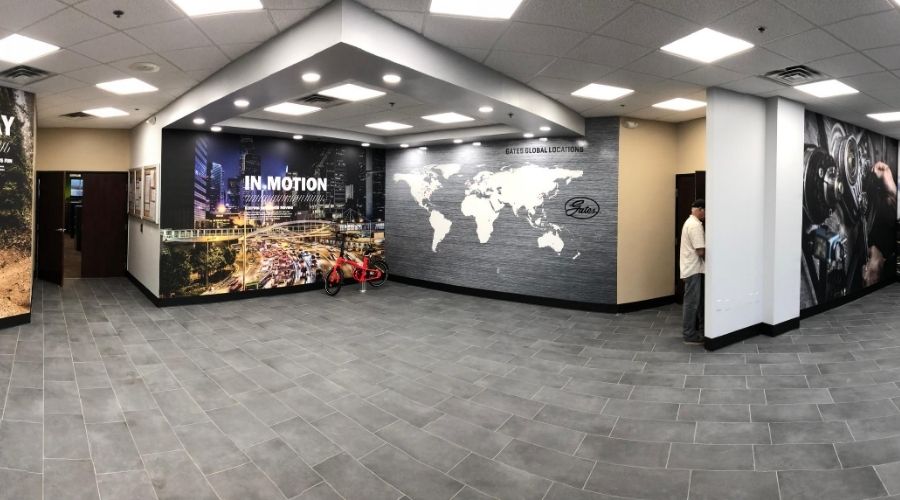 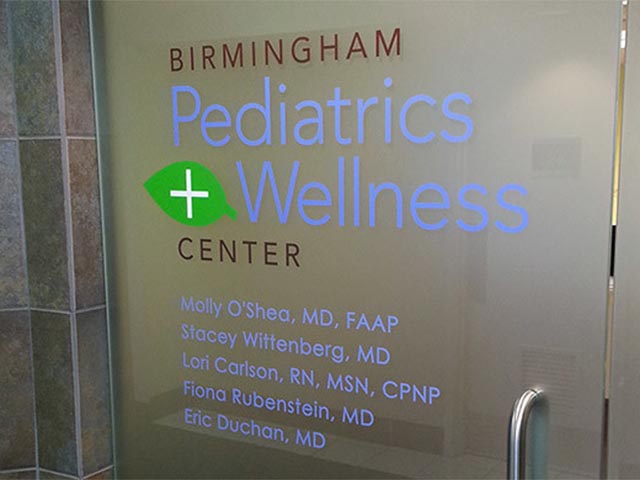 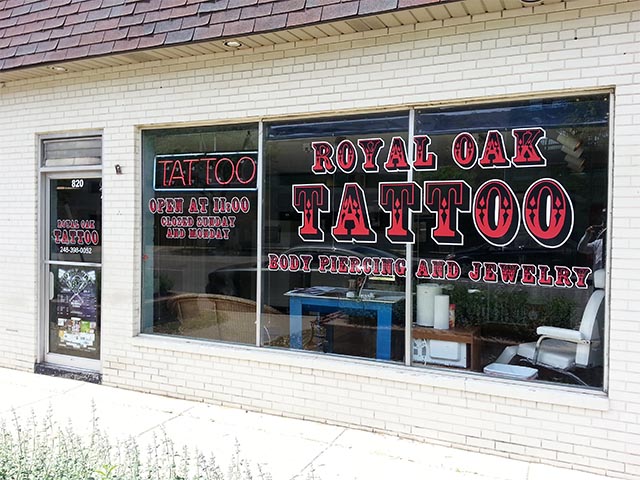