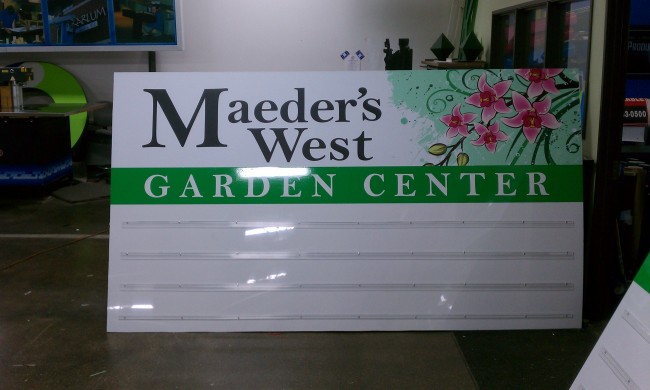 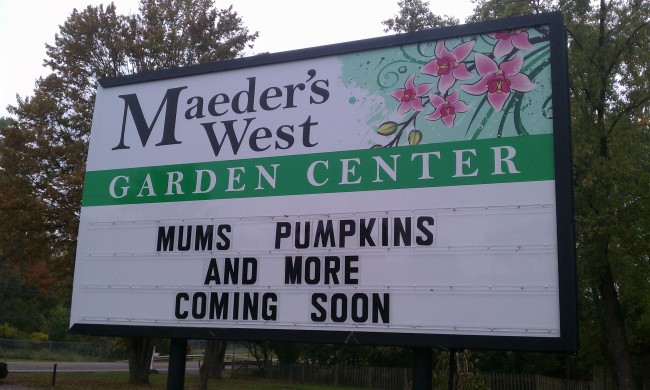 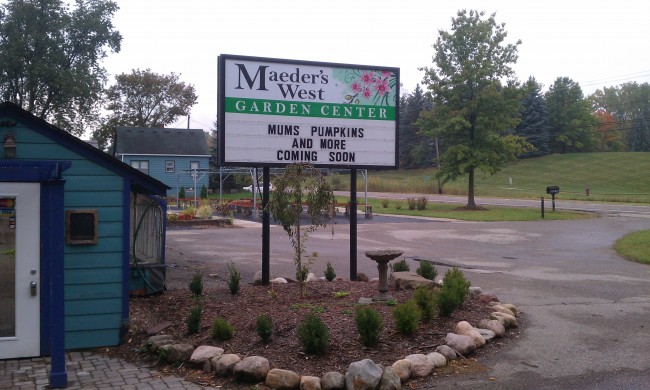 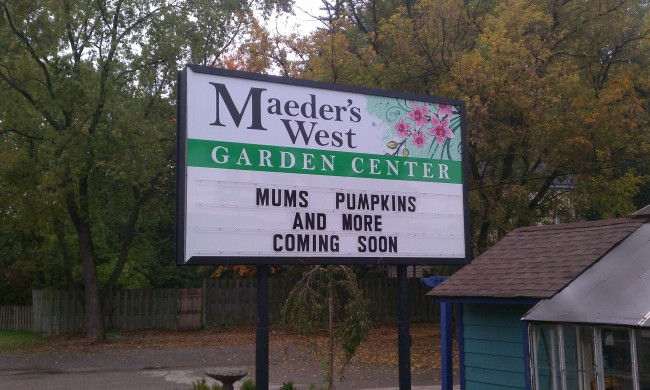 Meader’s West Garden Center opened up in March of 2012. They had taken over an existing greenhouse that was located in Troy. The signage they had on site was a double-sided pole sign and they hoped to change the panels out with their new name.

Their hope was to purchase a sign where they could change out the weekly specials. Being that the sign was non-illuminated our solution was to use Dibond (4mm thick metal with a plastic core) for the panels themselves and a couple lines of changeable copy area. We designed a few different full color options for the top portion of the panel and was able to add in 3 lines of track for the changeable letter portion. This changeable letter sign does not have all the effects and glitz of a changeable letter LED sign but from a pricing standpoint it is much more of an inexpensive alternative. In the end you can still convey your message and be able to change it periodically with ease using the changeable letter method.

Ready to Start Your Project?

For more than 25 years, Signarama Metro Detroit has been serving communities with quality products & exceptional customer service in a constantly evolving market.