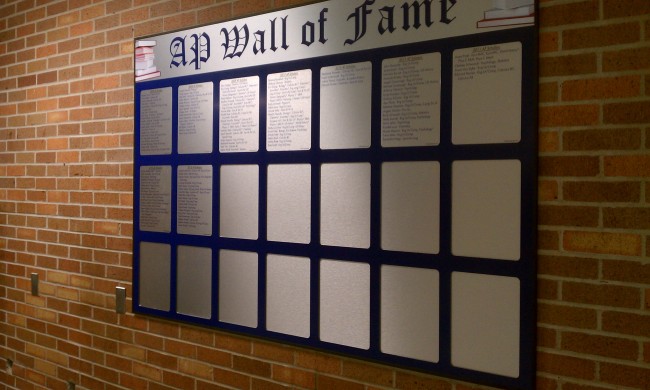 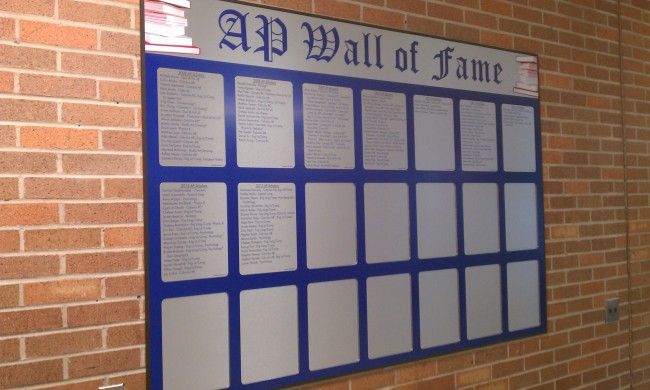 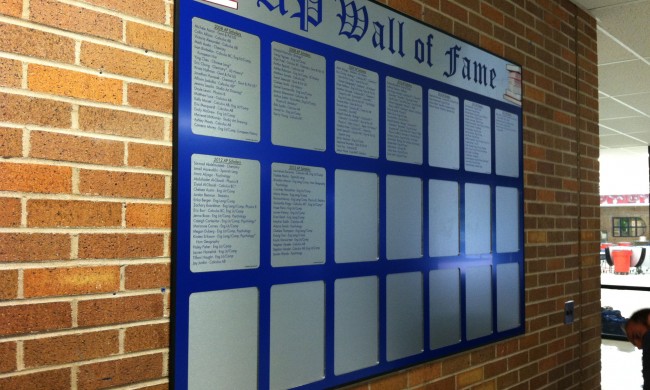 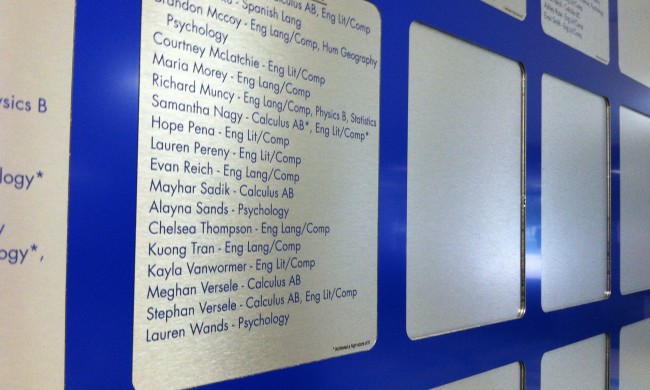 Lamphere High School……..Home of the Rams!

At Lamphere, they have nearly 850 students in grades 9-12. Lamphere High School has partnered with Signarama Troy for nearly 10 years now on all their custom signage projects. Being a local high school in the community Lamphere has been one of Signarama Troy’s premier clients by trusting us with full creative control on each project. They allow us to think outside the box and we are consistently coming up with new creative ideas for their sign needs.

This time we took a boring academic achievement board and made it into a routed brushed aluminum high school sign masterpiece. We’ve made several different record boards for many types of achievements of the students at Lamphere High School with the most recent being a Valedictorians and Salutatorians boards and an “at the next level” board to show the students that have received college scholarships. This board was built for the Rams to show off all of their academic achievements.

This record board was constructed using a material called Dibond. Dibond is a aluminum composite that consists of two sheets of aluminum with a piece of plastic sandwiched in the middle, it is super strong and comes in a variety of colors including a brushed aluminum and a vibrant blue, which we used to build the sign.

We began by taking a sheet of the blue Dibond and routing out the “insert” area, then it was bonded to a piece of brushed aluminum so the negative area on the blue showed through as brushed aluminum. After the sign was bonded together we carefully routed inserts out of brushed metal to fit snugly in the negative space. The nine inserts were then sent to our HP fb500 flatbed printer to have the students names printed directly on the brushed material for stunning results. Making the background brushed aluminum really helped to balance the sign out until they add more inserts in the years to come. The sign was then installed just in time for their important Open House event with hidden fasteners (for extra security).

Signarama Troy is proud to be a great resource for Michigan High School signs. 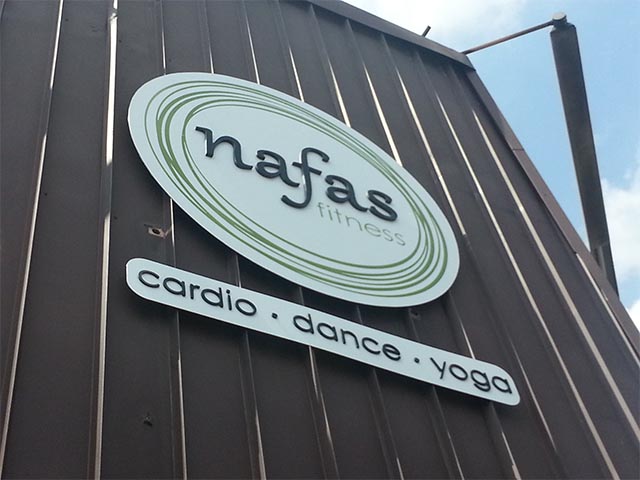 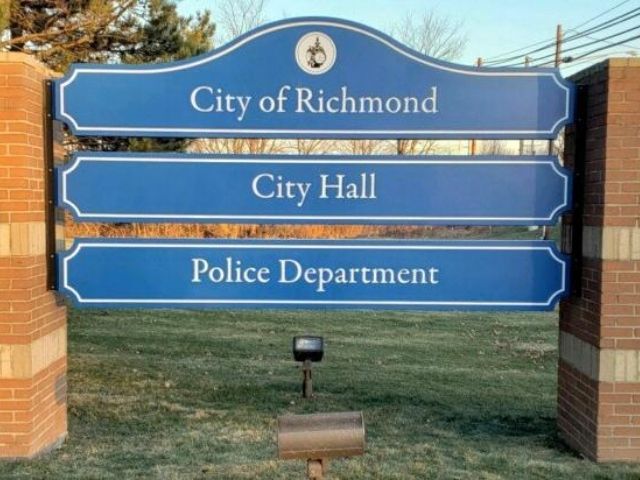