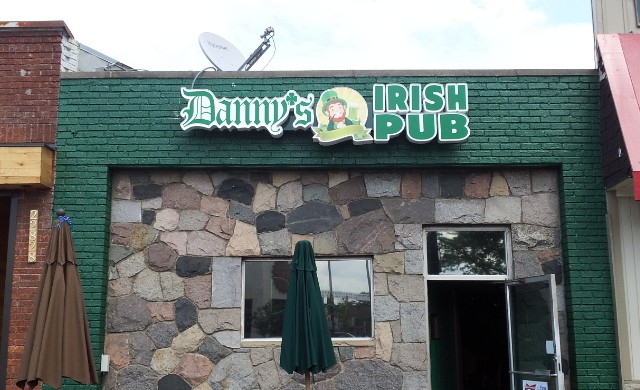 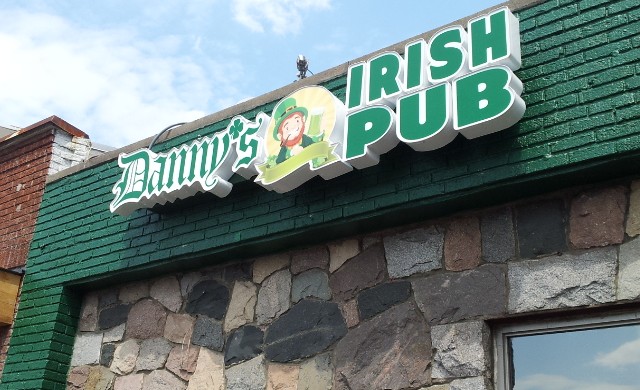 In the heart of Ferndale sits a little quaint bar called Danny’s Irish Pub (corner of Woodward and 9 Mile). Signarama Troy met the the owner Danny, of Danny’s Irish Pub in the earlier spring of 2012. He came in interested in a new set of channel letters to replace the current awning that had been up on the building for over a decade.

Signarama Troy presented him with a cleverly crafted design that met all of Ferndale’s city sign codes and square footage. The design was quickly approved by the staff at Danny’s Irish Pub and then it underwent the permit process where the Downtown Development Authority of Ferndale was presented the design for design board approval. Once it was approved, the design went to the city building department where they give the final approval on square footage and electrical requirements.

After everything was reviewed and approved through the city our state of the art fabrication department started building the capsules and channel letters on this particular project, ourcrew took about four days for fabrication on the channel letter set, which means they bent the cans, routed out faces and backers, digitally printed face and cut green translucent vinyl for wording, and then populated all the materials into the letters and capsules that make up Danny’s Irish pub. After everything took shape then the LED lighting was constructed in the letters and capsules, then the sign was ready to be installed by our installation crew on the wall of Danny’s.

You can drive down Woodward in Ferndale anytime day or night to see the happy Irish leprechaun ready to cheer’s you to join in on the fun of Danny’s Irish Pub. We are incredibly proud to have been chosen to replace the exterior signage in Ferndale for one of the most prominent Irish Pubs in Metro Detroit!

Ready to Start Your Project?

For more than 25 years, Signarama Metro Detroit has been serving communities with quality products & exceptional customer service in a constantly evolving market.